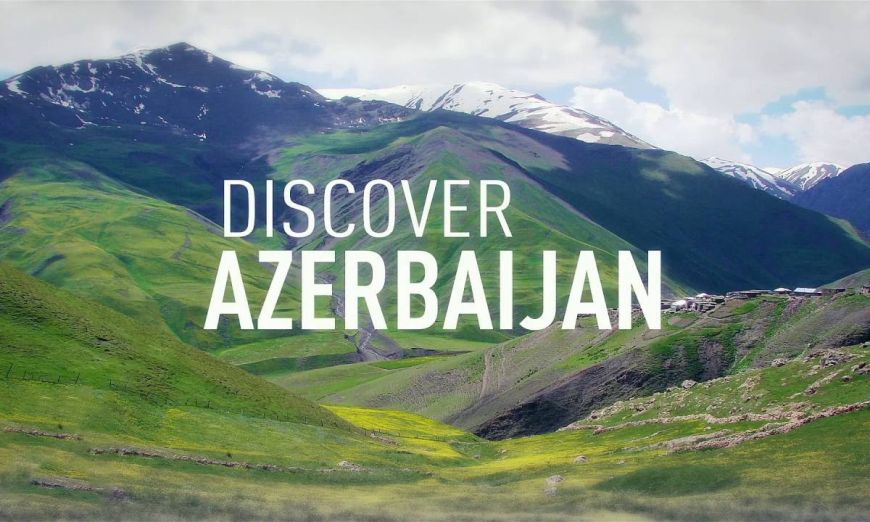 Kutabi – filled pancakes – are practically Azerbaijan’s national dish. They’re stuffed with pumpkin, veggies, meat or just a sprinkling of herbs, then flipped and toasted on a griddle. Leave your Nutella at home: Azerbaijan’s pancakes are strictly savoury.

Kutabi – filled pancakes – are practically Azerbaijan’s national dish. They’re stuffed with pumpkin, veggies, meat or just a sprinkling of herbs, then flipped and toasted on a griddle. Leave your Nutella at home: Azerbaijan’s pancakes are strictly savoury.

2. It was home to ancient man

In the lowest reaches of Azokh Cave in western Azerbaijan, archaeologists have found tools and remains dating back 1.5 million years. The six chambers of the cave complex hold a bounty of prehistoric remains, and it’s thought that the caverns were occupied for nearly two million years.

3. Its borders are complicated

In western Azerbaijan, you can cross the border into Nagorno-Karabakh, a self-declared autonomous region. However, Nagorno-Karabakh is internationally recognised as part of Azerbaijan. It’s famed for its epic mountain ranges and the mulberry groves and vineyards that flourish in its valleys.

No social occasion is complete without tea, served with myriad trimmings. It’s often sweetened with jam – and flavoured with thyme, lemon, mint or rosewater.

When families are matchmaking, the tea tray gives a good indication of how arrangements are progressing. If it’s served without sugar, more negotiating needs to be done; if it’s sweet, a wedding is definitely on the cards.

6. Its horses are heroes

The karabakh horse – renowned for its effortless speed, intelligence and endurance – is the national animal of Azerbaijan. They are endemic to the country, and one of the oldest breeds in the world. Horsemeat was once widely eaten in Azerbaijan, but now it has fallen out of favour; you’ll find lamb and beef on the menu instead.

It’s roughly the same size as neighbouring Armenia and Georgia, but is dwarfed by Turkey, Iran and Russia, who it also shares borders with. At 86,600 km², Azerbaijan is roughly four times the size of Wales.

Notable examples include “Cheap meat never makes a good soup”, “Politeness is not sold in the bazaar”, and “I tried to draw the eyebrow, but I ended up poking the eye”. Quite.

9. It has a city built on stilts

The settlement of Neft Daşları started life as an oil rig and a couple of elevated walkways in the Caspian Sea: today, it’s an entire stilted city. It was built in 1949, and communities have cropped up around bakeries, shops, cultural areas, hostels and hotels.

10. Its gas is plentiful

Fire Mountain (Yanar Dag) does exactly what it says on the tin: it blazes continuously, with a natural flame that feeds off the huge underground gas deposits. The mountain, not far from Baku, has entranced travellers and conquerors for centuries: in the 13th century, explorer Marco Polo wrote of the mysterious fires that burned all over on the peninsula. Natural gas is a big earner for Azerbaijan: in 2013, it produced 29 billion cubic metres of the fuel.

Although it makes most money from oil and gas, Azerbaijan also exploits grains, grapes, cotton and livestock.

12. Its currency is modelled on Euros

Azerbaijan’s currency – known as Manat – looks a lot like Euro banknotes, with similar sizes, colours and fonts. But each note is themed with different aspects of national identity: on 5 Manat notes you’ll find an excerpt from the national anthem, while 20 Manat bills are decorated with a sword, shield and helmet to signify power.

If you find yourself in Baku, Azerbaijan’s capital, you might want to limber up for an arm wrestling match: the city is home to the Armwrestling Federation, who host the country’s professional league. Be warned: this is serious business in Baku’s gyms and bars.

Azerbaijan has more mud volcanoes than any other country on earth – more than 400. When its volcanoes erupt, the flames shoot up to a kilometre in the air, and when dormant they bubble and pop with noxious gases.

15. They love a good carpet

Azerbaijan’s Carpet Museum opened in 2014, on Baku’s seafront, in a building that’s shaped like a giant rolled-up rug. Inside, you can browse carpets of all ages, from all over the country – a spectacle only trumped by carpet weaving demonstrations.

16. Its national sport is played to music

Chovkan is a bit like polo: it’s played with a curved wooden stick, with players mounted on horses. But that’s where the similarity ends. The game is accompanied by music, and all of the players wear national costume: embroidered tunics, caps, and pantaloons.

17. All the cool kids can crochet

Girls are taught to crochet from a young age, in preparation for traditional Seven Beauties tournaments: girls must crochet stockings against the clock, and whoever knits the best pair is declared the winner.

Azerbaijan’s capital is often likened to Dubai for its outlandish architecture and appetite for gold. Architectural highlights include the curvaceous Heydar Aliyev Center designed by Zaha Hadid; the mirror-like SOCAR Tower; and the Flame Tower skyscrapers, which represent Azerbaijan’s oil and gas reserves.

19. You can float through the capital

Baku is also home to Little Venice, a man-made waterway that flows between shops, restaurants and entertainment venues. It has a number of islands, connected by bridges and walkways – but the best way to get around is by gondola.

21. It has one of the last collective farms

A relic of the Soviet days, Ivanovka collective farm is run and worked by a whole community – and they live on everything they grow and make. For most Azerbaijanis, however, the ways of life under Soviet rule are best forgotten.

22. Its babies are bathed in salt water

It’s thought that washing newborns in salt water will make them strong, truthful and bold. Children’s fingernails and hair are only cut after their first birthday.