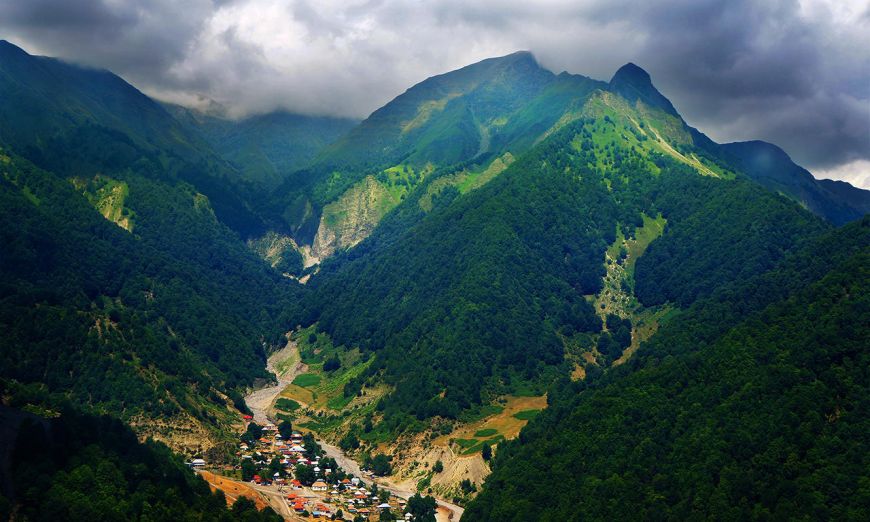 Azerbaijan’s picturesque Gabala city was chosen the tourist capital of the Islamic world for 2020 by the Organization for Islamic Cooperation (OIC).

Azerbaijan’s picturesque Gabala city was chosen the tourist capital of the Islamic world for 2020 by the Organization for Islamic Cooperation (OIC).

This was announced at the 10th Islamic ministerial conference on tourism, where Dhaka (Bangladesh) and Gabala was selected as capital cities of Islamic tourism in 2019 and 2020 receptively.

Previously Konya (Turkey), Madina (Saudi Arabia) and Tabriz (Iran) were named the Tourism Capital of the Islamic world in 2016, 2017 and 2018, accordingly.

The Islamic trade fair should be staged in any of the two recipient cities as a means to further boost Islamic tourism activities, the OIC said earlier.

The capital of Bangladesh, Dhaka is hosting the 10th session of the Islamic Conference of Tourism Ministers (Session of Regional Integration through Tourism), which opened on February 6 and will be concluded with the adoption of Dhaka Declaration and a series of resolutions aimed at tourism development in the Muslim world.

Gabala, which is located about 225 km away from the capital city of Azerbaijan, is a perfect place for rest and tourism. The weather here is mild in spring and autumn, hot in summer and cold in winter. In addition to marvelous weather, Gabala suggests gorgeous historical monuments, which emerge all around the city and its vicinity.

Just like in past, today Gabala is a magnet for international and local events. It can be said that the city is the second popular destination of Azerbaijan after capital Baku. Numerous meetings of politicians and summits are held in this wonderful city. In 2013, Gabala was declared the Cultural Capital of the Commonwealth of Independent States, in recognition of its long contribution to the history of Azerbaijan and the region. And today Gabala justifies its high title.

Currently, everything possible is made in the city for the sake of coming tourists. Many hotels, including world hotel chains were put up in Gabala. The city contains an ice skating rink and a Greek-style theatre, built especially for outside concerts. Tourist can make shopping in several modern shopping malls constructed within the city. Additionally, Gabala is home to Tufan Ski Complex, one of the biggest ski resorts throughout the whole Caucasus, which serves up to 3,000 ski lovers a day.

Moreover, the largest entertainment park under the open sky in Azerbaijan – Gabaland is located at the area of 16 hectares in Gabala. Visitors are provided with extreme kinds of attractions, ice arena, carting, sports fields, theatre, convenient parking, great food in restaurants and cafes.

In short, modern Gabala manages to combine both ancient greatness and modern development, and it can be said that Gabala is one of the most vivid examples of cities of contrasts, which are so loved by tourists.